FUNKYLB'S FAVORITE FILMS AND PERFORMANCES FOR 2016

All of the usual suspects are here: Barry Jenkins and his deft, un-preachy but still potently lyrical storytelling, Viola Davis and her steely vulnerability that breaks your heart, Naomie Harris and her gift for settling into a character like a second skin, and Natalie Portman with her ability to get you the viewer to believe anything and everything she's selling. BUT….. I want to direct your attention to the quiet, transformative work turned in by 8 year old newcomer Sunny Pawar in Lion. I'd argue that his performance is more nuanced than any of the adults in the film, including Dev Patel and veteran Nicole Kidman. Do see Jessica Chastain in Miss Sloan. It's a gamble of a performance that could have devolved into the kind of melodramatic martyrdom that HW seems to like, but doesn't because of Chastain’s careful craftsmanship and restraint at just the right moments. Every scene she has with Gugu Mbatha-Raw is delicious. I wish the film were just about the two of them. Look at my dude Chris Pine delivering a laconic (nouveau) cowboy portrayal that eschews the camp and offers up authentic soulfulness. I had no idea he had those skills in his arsenal, really. There are 3 documentaries in my top 10 and they're all top-notch, but Presenting Princess Shaw really caught me flat-footed. I've never rooted for a stranger more passionately than I did for the subject of that film. Black.Girl.Magic. indeed! Make sure every girl and young woman you know sees Mira Nair's Queen of Katwe and Hidden Figures. Nair remains a writer/director fave of mine on the strength of Mississippi Masala and Monsoon Wedding alone. Both Queen of Katwe and Hidden Figures centralize the stories of  black girls and black women in audacious and substantively celebratory ways. We've always been hungry for these kinds of narratives, but we REALLY need them out there in the ether given the current political, social and cultural climate. I'd also like to hip you to two queer-themed bildungsromans that are deeply poignant, but never cliche: AWOL and Being 17. Neither screened in wide release; I saw them both at film festivals, but they moved me with the emotional probity they bring to bear on the theme of growing up gay and lesbian in small towns and remote villages, in particular. Finally, Lily Gladstone in Certain Women is the sort of actor who comes along once or twice a generation, at most. Her performance opposite the always stilted (in my opinion) Kristin Stewart in Kelly Reichardt’s triptych tale of flawed women trying to self-actualize in a small town in the plains of  the northwest is a quietly disconcerting, burning at the core but coolly controlled on the surface portrait of loneliness and unrequited love. The best description I can provide for what Gladstone does in this role is that she made me feel everything and also a complete emotional void simultaneously. A bonus is that it’s always a plus for the industry to make ample room for talented creatives from severely underrepresented groups (Gladstone is Native American of Blackfeet and Nez Perce descent). I can’t wait to see what Gladstone does next project-wise.

Are any of my picks on your best (or, perhaps, worst) of 2016 lists? What have you seen this year that challenged, inspired, edified or exasperated you? Talk back to me in the comments below. 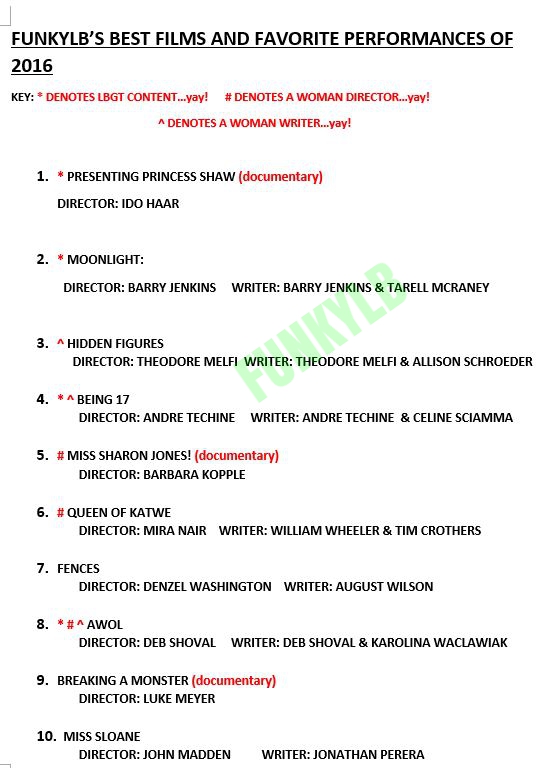 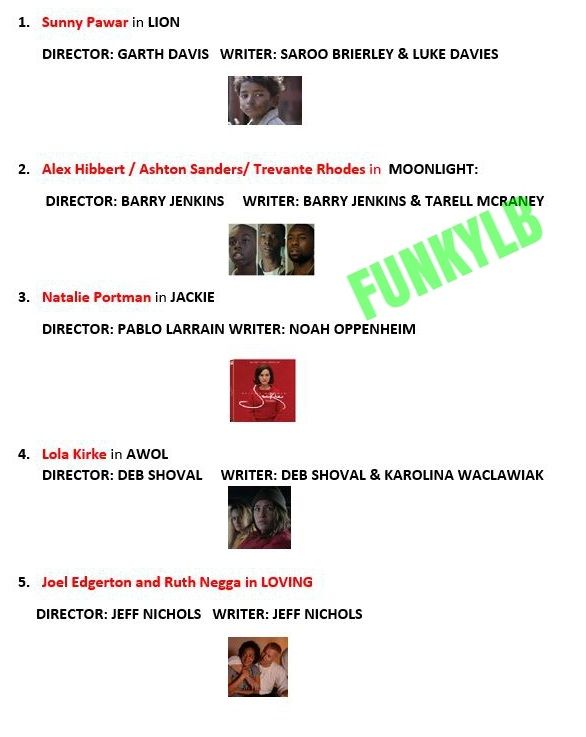 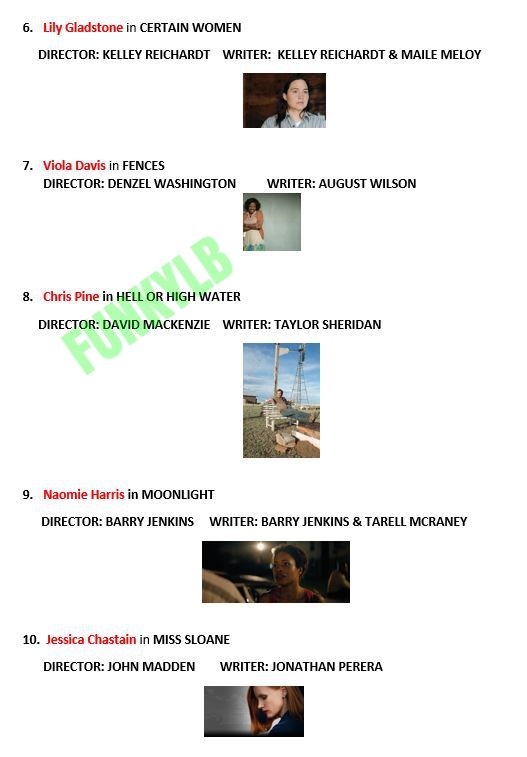